You are here: Home / Dairy / Things To Watch For If Grazing Brassica Crops

Brassica crops are a great source of feed during the months where feed demands are increased and pasture may not fully be able to provide this. While it is a great feed, there are a few animal health problems that can be associated with them.

Bloat can occur from within hours of introduction to crop, to more than a week later, and is caused by excessive gas produced during fermentation of the crop in the rumen.

Cattle affected by bloat will show signs of colic first, such as reluctance to move, stretching, and kicking at the abdomen. Eventually, distension will be noticeable in the upper left flank, and the affected animals will have difficulty breathing. If not treated in time, affected cattle die. If bloat is identified, the first thing to do is move the cattle off the crop and provide them with some roughage. A “bloat stab” may be necessary for emergency cases.

Prevention of bloat includes careful transition of animals onto crop over the course of a week, with lots of roughage supplied for balancing the diet. It is also best if some roughage is fed out well before moving the break, so that animals do not gorge themselves on the crop. In addition, there are bloat oils available that can be used as a drench or in the trough. Call into the clinic and discuss this with us if you are at all unsure when and where to stab cows, as every year cows get stabbed unnecessarily, or in the wrong place.

This is a condition where the rumen becomes too acidic due to fermentation by bacteria, and occurs when there is a sudden change from low energy grass to high carbohydrate crops. The bacteria multiply up quickly and produce acid in the rumen. The acids slow rumen contractions, and the concentrated feed material stuck in the rumen causes influx of water, resulting in dehydration of the rest of the body. The acids also damage the rumen lining, allowing bacteria to invade. Acids, bacteria, and bacterial toxins get into the blood, and along with the dehydration, causes severe systemic illness.

The clinical signs you will see are down cows, that often will have a very watery, smelly scour.

If you suspect cows are having problems on crop they should be removed from the crop immediately and given roughage to eat. Call the clinic as these cows will need fluids, sodium bicarb, anti-inflammatories and antibiotics. Prevention of acidosis is almost the same as for bloat; careful transition and good supplements.

Cattle can develop anaemia and get blood in their urine when grazing a brassica crop. They contain SMCO, which is a toxic agent. The amount in each crop varies but are usually found in higher concentrations in mature crop, after flowering and in the regrowth stage.

Cattle that are affected are weak, have reduced milk yield, pale gums and blood in their urine. Sudden death can also occur if they are severely affected. The animals need to be removed from the crop immediately and feed an alternativ feed, such as pasture, hay or silage.

Calves grazing crops can develop a condition called polioencephalomalacia, which causes brain damage. Affected animals become blind and disorientated initially, then have seizures and die. Any sudden change in diet can upset the thiamine balance and cause this; however crops tend to be particularly bad due to their high sulpher content. Affected calves can be treated successfully if caught early. Again gradual introduction to the feed will prevent this condition occurring.

If you have any questions or concerns, please don’t hesitate to contact the clinic. 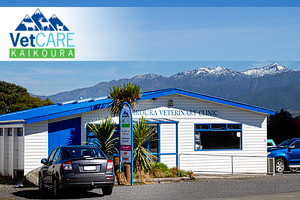